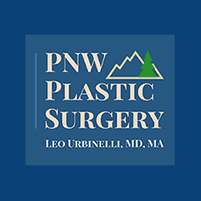 As an expert in ear reconstruction, Leo Urbinelli, M.D., M.A., F.A.A.P., at PNW Plastic Surgery, uses refined techniques that rebuild and restore the ear. To learn more about ear reconstruction, call the office in Portland, Oregon, or schedule an appointment online today.

What is ear reconstruction? 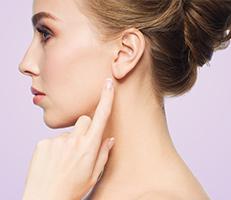 A few examples of the diagnoses that may require ear reconstruction surgery include:

Microtia is a congenital difference that occurs when the ear doesn’t fully develop. The changes range from mild structural problems to an ear that’s absent and is missing the ear canal.

Constricted ear is an ear difference in which the top rim of the ear is folded over or wrinkled. In severe cases, the cartilage that forms the rim may be squeezed into a tight roll.

Cryptotia exists when the upper portion of the ear is present but buried under the skin, causing functional issues in difficulty wearing glasses as well as hygiene issues.

Ears that stick out excessively from your head are called protruding/prominent ears. Although protruding ears don’t affect hearing, they may be embarrassing, be a source of bullying, and hence cause low self-esteem.

Acquired ear differences include split earlobes and unwanted or large holes, usually caused by piercing or trauma. Another common problem called elongated earlobes occurs as you get older and your earlobes stretch and sag.

Traumatic or post-surgical ear differences can occur after a trauma, accident, or surgery.

How is ear reconstruction performed?

Otoplasty refers to any type of ear surgery to change the shape, size, or position of ears. When performing ear reconstruction, Dr. Urbinelli uses an alloplastic or autologous technique.

An alloplastic reconstruction relies on artificial materials to rebuild your ear. To perform autologous reconstruction, he uses pieces of your body such as fat, rib cartilage (carving a framework), as well as soft tissue coverage, and skin to reconstruct your ear.

This technique uses a synthetic framework to create the shape of the ear, then covers it with a flap of tissue from the side of the head and then skin grafts

This technique is for patients with all or much of the ear missing or absent, which is performed over 2 separate surgeries (1st stage to remove abnormal cartilage and remnant, reconstruct cartilage framework from carved rib cartilage and place under the skin; 2nd stage to elevate the cartilage framework away from the head to create space for eyeglasses wear and natural space between the ear and head).

Dr. Leo Urbinelli performs these surgeries via Nagata Technique with influence/modification from his many hours/days training under the accomplished ear surgical experts Dr. Charles Thorne (mentor in NYC) and Dr. Francois Firmin (skilled surgeon in Paris, France, whom Dr. Urbinelli had the honor to train under).

Setback otoplasty corrects protruding ears by reshaping the cartilage folds, removing excess cartilage at times, and suturing the ear cartilage so it has a more natural position and remains closer to your head.

Can ear molding prevent the need for reconstruction? Yes!

As an expert in ear molding, Dr. Urbinelli uses this technique to eliminate the need for surgery to correct ear differences.

Ear molding works for differences such as:

This technique must occur in the first few weeks of the baby’s life while their ears are still soft and pliable. Dr. Urbinelli uses external ear molding devices that change the shape of the baby’s outer ear. As the cartilage firms up, the ear takes on the new, molded modified shape.

If you or your child need ear reconstruction, call PNW Plastic Surgery, or book an appointment online today.